My husband and I met a lady at Dr. Byun’s office in Busan in May, 2016. She was recovering from pancreatic cancer, and had been diagnosed four years ago. At that time, her doctor said that she could expect to live for about six more months (see the picture below).

This patient has been drinking magic water and has also received approximately 130 radiation treatments over the last four years. While receiving radiation treatment, she did not experience hair loss or severe pain. She also believes she became younger from drinking the water. 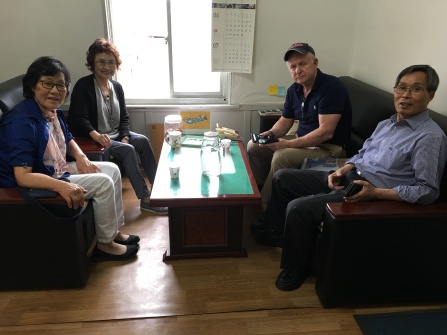 Note: The second lady on the left near the window is the patient.